Scott Detwiler, who previously worked at InTempo’s sister company Wynne Systems, has joined InTempo as a Project Manager. Based in Scottsdale, AZ, we sat down with Scott to learn more about him.

How did you get your start in rental? 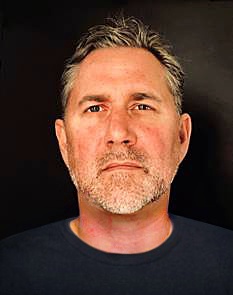 SD: I’ve been working in the industry for 25 years. My first stop in the early 90s was at Power Rents in Portland, OR. I started as AP Clerk and then became Parts Manager. We were eventually acquired by United Rentals, and in 1997, at which point I transitioned to a Corporate Trainer/ Conversion Coordinator role. When United would acquire a company, I’d help with system conversion, implementation, and training. I was also involved in a range of initiatives such as barcoding and time and attendance.

What did your previous role involve?

SD: In 2004, United owned Wynne, and I was transferred to the implementation team. As a Project Manager, I was involved in getting new, large customers onto RentalMan (editor’s note: InTempo’s equivalent product is called Enterprise) and also upgrading them to new releases. I also did spec documentation and created training materials. I was really a jack of all trades. Most recently, I was a Customer Success Manager. This meant I was a champion for the customers, both advocating for them internally and helping ensure they were getting the most of the system.

Are there areas of InTempo Enterprise you are focused on?

SD: I know the software from front to back, from operations to accounting. I have an understanding of all parts of the system, and I am looking forward to sharing my knowledge to help InTempo’s new and existing customers.

What excites you most about your new role at InTempo?

SD: My favorite part of my job has always been building relationships with customers. I made some great friends over the years. I am passionate about getting to know new people and businesses.